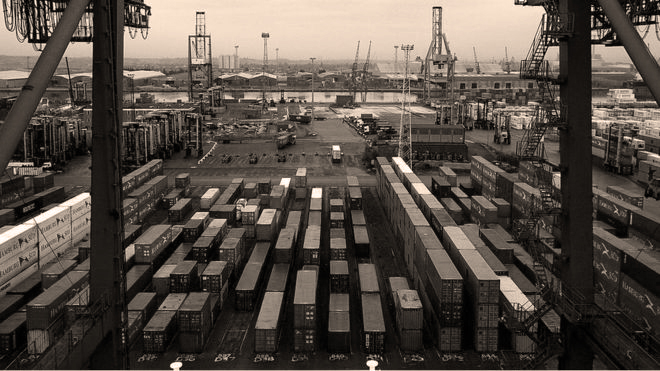 Perhaps the defining feature of the global economy is precisely that it is global.

Toys from China, copper from Chile, T-shirts from Bangladesh, wine from New Zealand, coffee from Ethiopia, and tomatoes from Spain.

Like it or not, globalisation is a fundamental feature of the modern economy.

In the early 1960s, world trade in merchandise was less than 20% of world economic output, or gross domestic product (GDP).

Now, it is around 50% but not everyone is happy about it.

There is probably no other issue where the anxieties of ordinary people are so in conflict with the near-unanimous approval of economists.

Arguments over trade tend to frame globalisation as a policy – maybe even an ideology – fuelled by acronymic trade deals like TRIPS and TTIP.

But perhaps the biggest enabler of globalisation has not been a free trade agreement, but a simple invention: the shipping container.