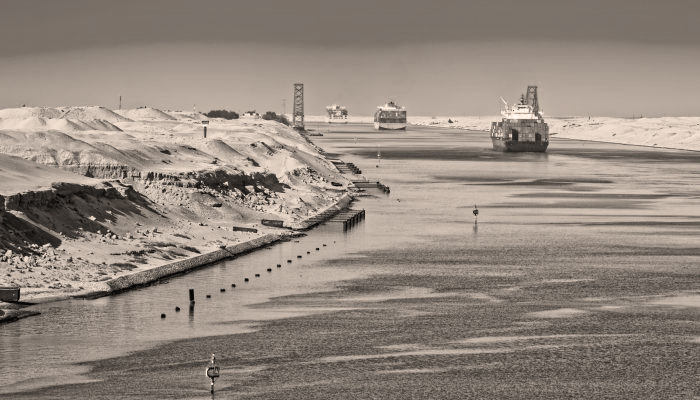 Suez Canal traffic data between April 16 and 21 showed that 271 ships transited the canal with a total load of 14.8m tonnes.

Compared to July 2015, the month prior to the inauguration of the New Suez Canal, the average daily number of transiting ships amounted to 47, with an average load of 2.758m tonnes daily.

The number of ships transiting the canal from the west through the northern entrance of the Suez Canal through Port Said was 136 ships, with a daily average of 22.7 ships

The total loads amounted to 9.1m tonnes, a daily average of 2.25m tonnes.

The number of ships transiting through the canal coming from the east through the southern was 135 ships, with a daily average of 22.5 ships.

The total loads amounted to 8.1m tonnes, with a daily average of 1.35m tonnes.

A ship’s load is the main measure of the Suez Canal traffic growth, given that the transit fees are calculated upon the ships’ loads.

Suez Canal revenue increased last February to $401.4m, compared to revenues of $382m in the same month of the last year, an increase of 5.08%.