Chinese Railway Renovation as one the biggest construction of the time 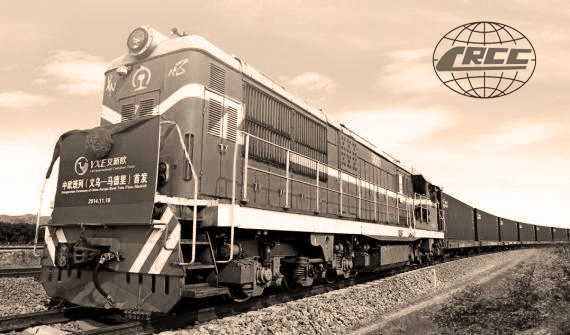 There are promising signs that rapidly shifting global markets could bring considerable opportunities to China.

With President Trump withdrawing from the Trans-Pacific Partnership (TPP) and the the US increasingly turning its back on global trade, doors are opening for other key export markets, as the 11 remaining member states off the TPP search for a new key trading partner.

The UK’s separation from the EU means there has never been a better time for fruitful partnership between Europe and China, the world’s largest trading bloc and the world’s largest goods trading nation. Speaking at the World Economic Forum last month, Chinese President Xi Jinping’s message was clear: China is willing to ‘seize every opportunity’ and capitalise upon globalisation. And there is no greater trading opportunity than the European Union’s market.

There is also clear potential for further growth. With rail links now connecting Europe and China by land, the two markets are brought ever closer. Echoing China’s trade policy aims, MEP Charles Tannock referred to the railway as a ‘modern fast equivalent to the Old Silk Road’. This infrastructure enables lucrative new opportunities.

“Such a deal may soon be on the cards, with Fraser Cameron, director of the EU-Asia Centre in Brussels claiming a bilateral trade deal would be the ‘best way’ to ‘counter growing protectionist trends’ by opening new trade paths.”

Chinese investment into Europe is also forging a strong link between the markets, such as the Louvain-le-Neuve in Belgium, the first business incubator built by China in Europe. Such investment is soon to bear fruit, with the China-Belgium Technology Center due to open in 2018. China’s two largest exports are digital computers and TV & radio apparatus, so establishing tech hubs in Europe could provide new supply chain opportunities for this strong Chinese export market.

Elsewhere, a promising free trade deal between China and Sri Lanka is nearing completion. Four negotiating rounds have already been held, and with the Sri Lankan Prime Minister visiting in May, a trade agreement could put further wind in the sails of the Chinese export market. Trade has grown significantly between the two economies in recent years, rising 12.9% annually in 2015 – further growth would be a boon to the Chinese shipping industry.